After last week’s visit from our composer Gaynor our thoughts turned to Christmas. Now, there are a couple of unwritten musical rules in ECB; one of which is ‘No Christmas music to be rehearsed until November’. So with the calendar flipping over a couple of weeks back I was dispatched, in my role as band librarian, to fetch the Christmas music.

Until recently this would have very straightforward. Up until last September ECB had been rehearsing in the annex of Boroughmuir High School; a converted church near the school. Here we could rehearse and store our percussion as well as four filing cabinets of scores that the band has bought over the years. However, with the school moving to new premises we have known for some time that we would need to find a new rehearsal venue. Just as we found out we had been successful in joining the Adopt A Composer Scheme we were told by the school that they could not guarantee our let would continue after the September school holiday. Cue frantic attempts to find a new rehearsal venue. Through the efforts of the committee, band members & friends of the band we approached dozens of potential venues. Whilst many of them were happy to offer us space to rehearse on a Tuesday night, none of them could offer us space to store the percussion & scores.

Then Chris Hart, a former ECB percussionist, suggested St Bride’s in the Dalry area of Edinburgh; another converted church that is now a community centre. They were approached and, yes, we could rehearse there on a Tuesday & they could offer us space for the percussion, but not the filing cabinets full of scores. With time running out the decision was made to take up St Bride’s kind offer and make the move.

What to do about the scores? Musical scores are a essential part of any musical group and we needed to find a solution where the scores were secure but still accessible. I spoke with Lewis Dawson the commercial director at my work; would he be willing to let ECB store the filing cabinets in the work’s new second warehouse? He said yes. Result.

“When Bookspeed were asked to store ECB’s music & percussion we were more than happy to help. I’d like to wish ECB every success in their new home and best wishes for their participation in the Adopt A Composer Scheme. I look forward to hearing the finished piece in June next year.”

So ECB has a new home, we have our percussion to hand & our library of scores is secure.

And of course, through the Adopt A Composer scheme we’ll have one more piece of music to add to the band’s library.

And the other unwritten musical rule? No carols until December. Looks like I’ll be making another library run in a few weeks time. 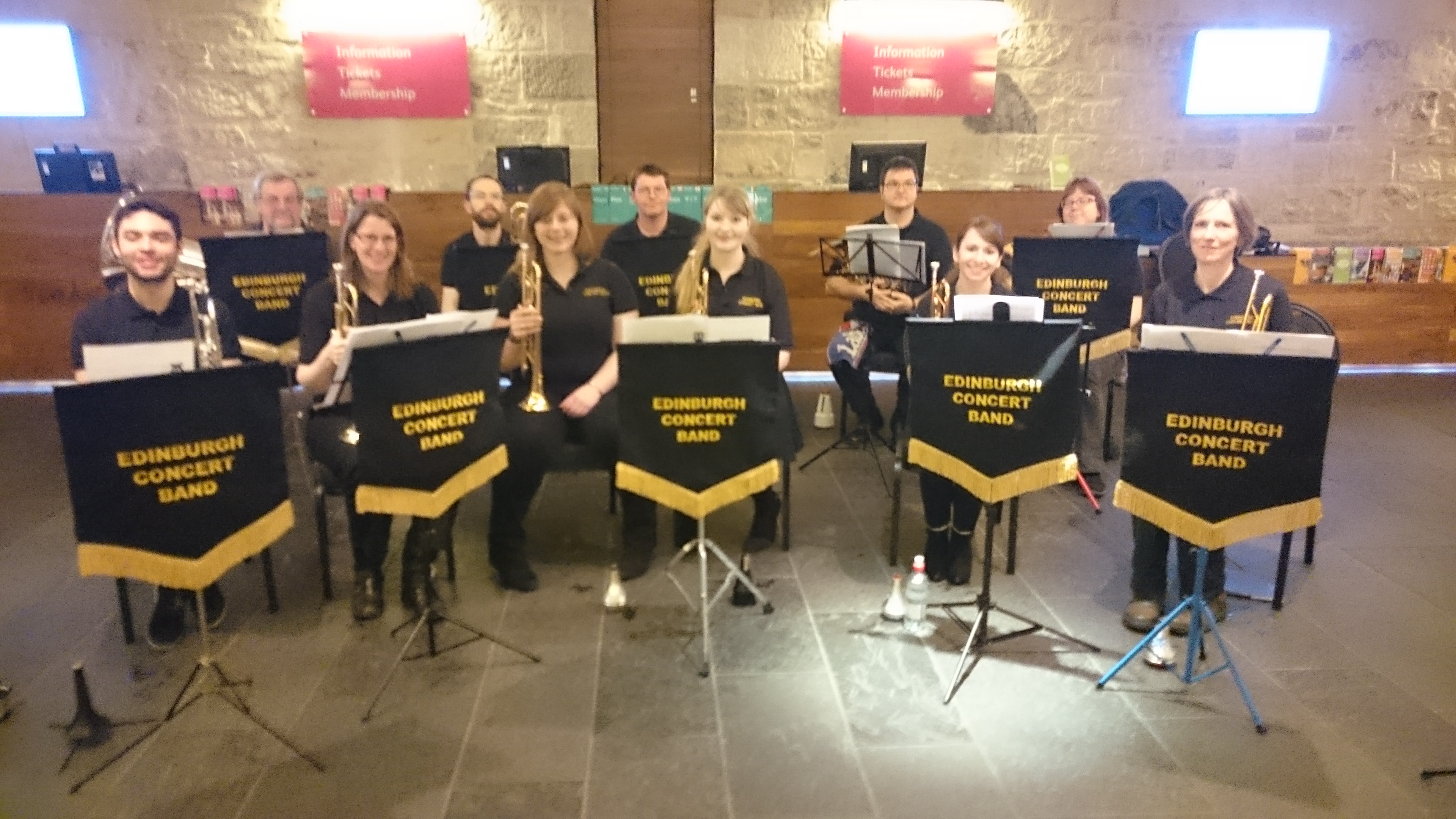 On Wednesday 2nd December, our brass players entertained the clientele at the Brewin Dolphin Christmas Cocktail Party at the National Museum of Scotland. […] 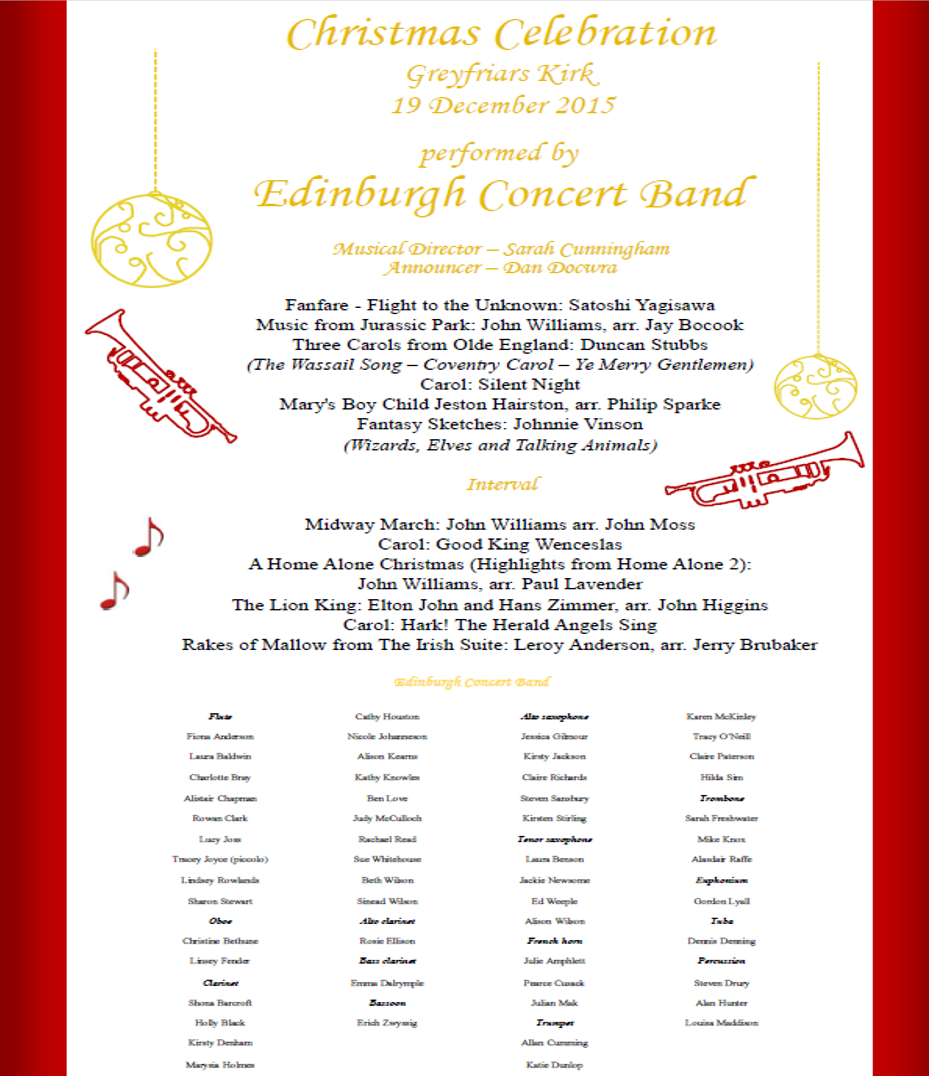 Well, we’ve reached the end of another year at Edinburgh Concert Band- and what a busy year it’s been. ECB has given […]

One thought on “Music Maestro Please!”